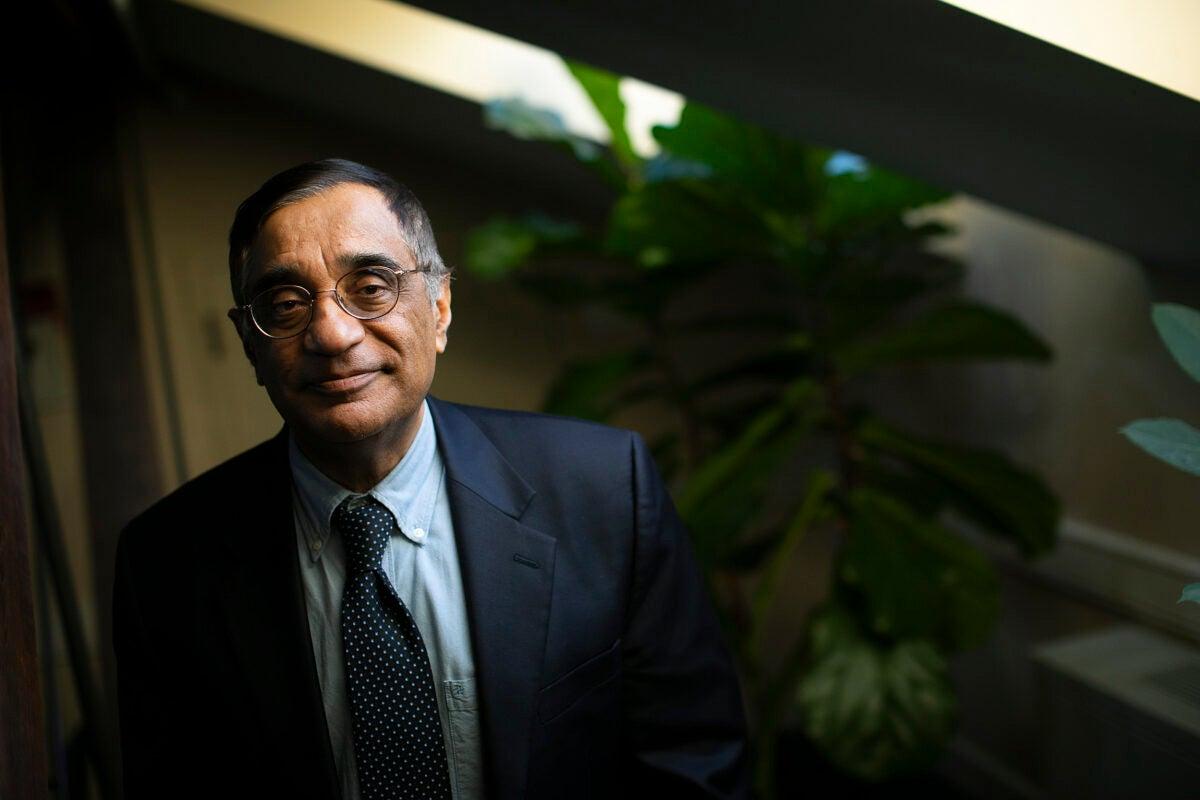 Professor Ali Asani, who teaches on the IIS’s GPISH programme and is a member of the Institute’s Board of Governors, has been awarded the Harvard University 2021 Alpha Iota Prize for Excellence in Teaching. He has also been appointed to the Chancellor’s Commission of Aga Khan

The Alpha Iota Prize is voted on by Harvard’s chapter of Phi Beta Kappa, an honour society to which undergraduate students in the US are elected in recognition of outstanding academic performance. In the award’s citation, Professor Asani is described as “an amazing and brilliant instructor” and “warm and inclusive community member” who gives his students “the tools to think critically about religion in a way that privileges diverse and marginalised religious traditions and emphasises inclusivity and religious pluralism”.

On receiving the award, Professor Asani says “I was pleased that the award recognised not only my teaching, but also my efforts to highlight traditionally marginalised and excluded voices. In this way, the award is personally meaningful since it recognises my long-standing efforts at improving understanding of Islam and religious pluralism.”

Professor Asani also applies this approach to his teaching on the Graduate Programme in Islamic Studies and Humanities (GPISH) at the IIS. He has been teaching on the course and its predecessor programmes for more than 30 years, most recently offering a first-year course, “Religion, Literature and Identity in South Asian contexts”.

The course aims to foster literacy about religion by emphasising the multiple contexts in which it is embedded. It does so by using the Ismaili ginan

literature of South Asia as a case study. “I greatly enjoy teaching this course as it allows me to interact with and learn from Ismaili students who come from a variety of backgrounds and cultural traditions.”

Professor Asani has also been appointed to the Chancellor’s Commission of AKU, where he will help to provide recommendations to the Chancellor, His Highness the Aga Khan, on the course the university should take in the next 25 years. “This appointment affords me the platform to engage with a distinguished group of talented individuals who will assist in steering AKU to meet its future challenges and opportunities in higher education,” he says.

Professor Asani cites three elements that are most important to him as a teacher. First, getting to know his students and learning about their backgrounds and diverse experiences. “When you engage with students in a deeper and more meaningful way by learning their stories, you appreciate and empathise with the experiences they have had and discover ways in which you can make the course relevant to their worlds.”

The second element is “enabling students to have greater agency in their education by encouraging them to be more reflective and creative in demonstrating their learning”.

Third, he says, is recognising that students do not have just an intellectual capacity, but they possess many other kinds of intelligences, such as musical, interpersonal, spatial-visual and linguistic. “In order to capture the full range of abilities and talents that students possess, it is important to engage with these intelligences in the classroom, for instance, by incorporating various multi-media.”

We are proud to have Professor Asani as a member of the teaching faculty at the IIS and as a governor, helping with the oversight of the Institute as well as ensuring our academic rigour. We congratulate him on his very well-deserved award and new appointment.