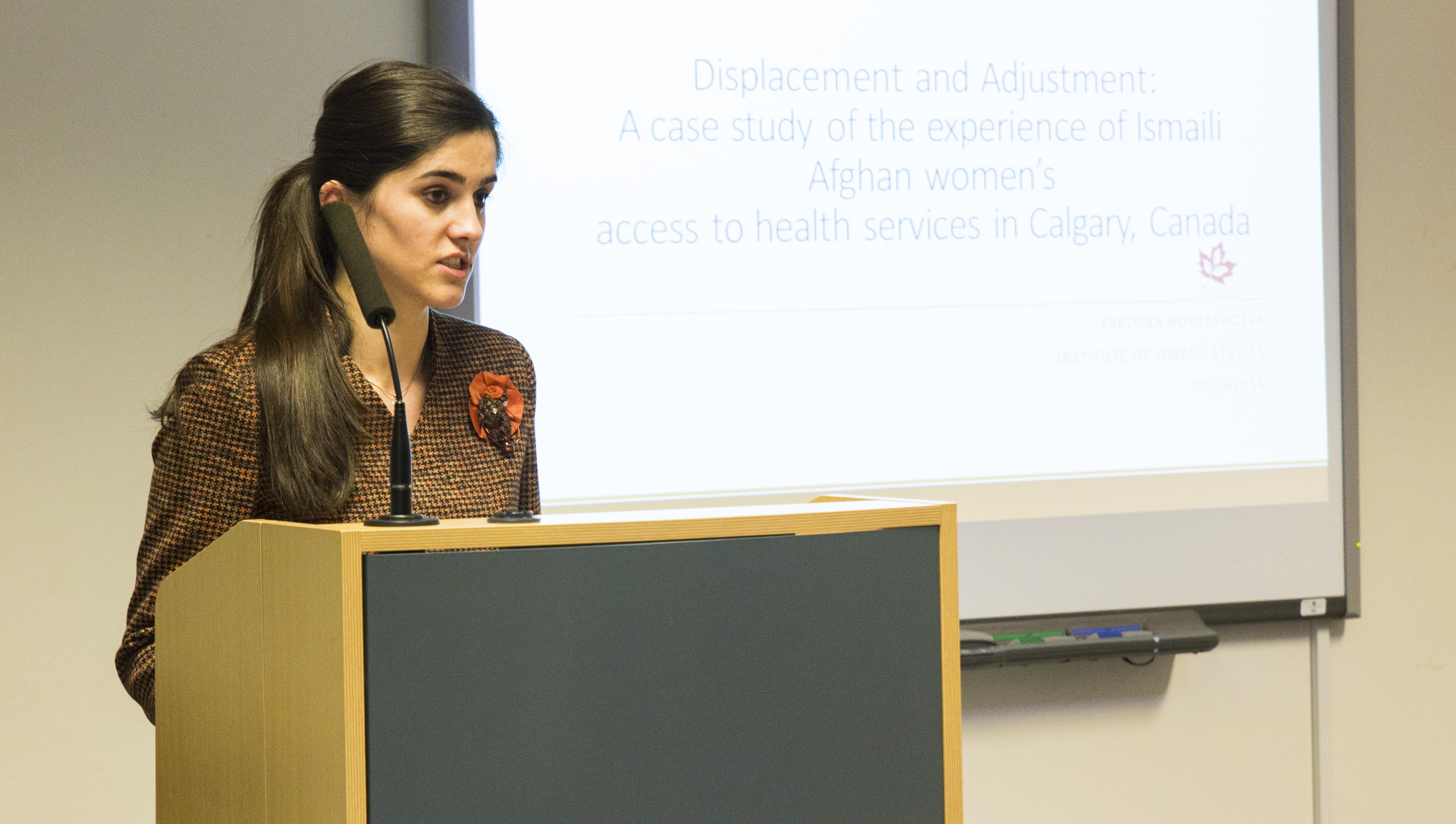 On 18 and 22 January, the Department of Graduate Studies welcomed back third-year students on the Graduate Programme in Islamic Studies and Humanities (GPISH), who presented their fieldtrip research papers. The topics of their research reflected their broad and diverse interests in the social sciences and humanities, and the presentations led to stimulating discussions with audiences composed of academic staff and students. The research had been conducted in different parts of the world, which gave the presentations an international reach and relevance that several audience members complimented.

GPISH students spend two years in London at the IIS on a Masters-level course in Islamic Studies and Humanities that adopts a fundamentally interdisciplinary approach to the study of Islamic civilisations. This programme aims to prepare them for embarking on a Master’s degree, primarily at a British university, and the field research they conduct during the summer after their second year represents the culmination of this preparation. Students choose topics of interest to themselves which are also consonant with the scope and mission of the IIS.

Several presenters remarked that the field research and subsequent writing-up contributed directly to their formation as thinkers and researchers, with particular reference to their current Masters degrees. One of the students spoke of how their methodological discipline was enhanced by the research preparation in their second year and the experience of fieldwork thereafter. Another commented on how returning to present their research was an apt conclusion to the process that was also formative in itself.

A current second-year student who is yet to embark on field research commented that attending the third-year presentations will help them to finalise the planning of their own fieldtrips and has given them further methodological insights that will guide them over the coming months.

“As the GPISH Programme Leader, I was impressed with the diversity of topics and approaches, which ranged from attitudes to teaching and learning to questions of negotiating identity in various contexts; there were perspectives on several issues of international development and also historical and sociological studies. It was easy to see how the students’ research efforts will stand them in very good stead for serious and thoughtful, relevant work in the future. And from a practical standpoint, the experience of presenting to peers, students and academics in order to disseminate their findings was an excellent platform for working on their communication and engagement skills.”

The research titles of projects include: