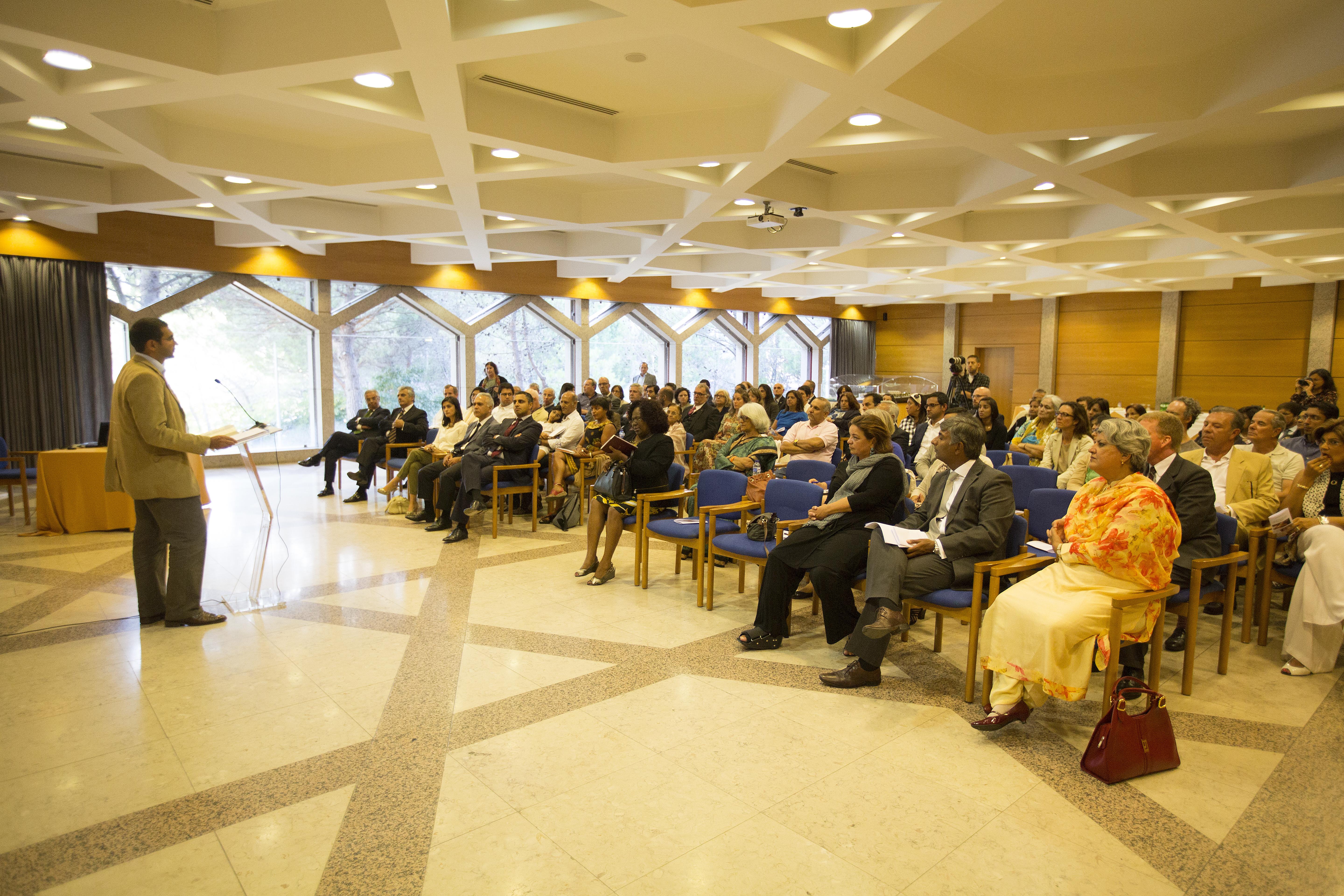 The IIS continued its programme of book launch events and scholar visits in the latter half of 2015, reaching more than 1,500 people across eight countries.  Attendees to these events included diplomats, academics and students from leading global universities, as well as members of the Ismaili community in Canada, India, Kenya, Portugal, Tajikistan, the UK and the USA.

and the Pamirs in the Second Half of the XIX Century was launched at the Ismaili Centre in Dushanbe, Tajikistan. The publication presents a detailed analysis of the events that took place in the Pamirs and Eastern Bukhara in the late nineteenth century, including the consequences of the rivalry between Russia and Britain in the mountainous region.

In September, a series of events around publications from the Shi‘i Heritage Series took place in the USA. During the visits to Austin, Houston, and Atlanta, Dr Farhad Daftary and Dr Gurdofarid Miskinzoda participated in sessions attended by students and scholars at Emory University and the University of Austin, in addition to a session at the Ismaili Centre and Jamatkhana in Houston.

Elsewhere in the USA, Dr Alice Hunsberger held sessions in Chicago, entitled: You are Ruby, You are Pearl: The Art and Wisdom of Nasir Khusraw, which were centred on Dr Hunsberger’s publications, The Ruby of Badakhshan and Pearls of Persia, which focus on the travels and poetry of Nasir Khusraw.

In late September, Dr Omar Ali-de-Unzaga visited Lisbon to conduct a session for an audience of diplomats, academics and members of the Ismaili community. Dr Ali-de-Unzaga delivered a lecture, entitled The Thousand (and one) interpretations of the Qur’an

, which gave the audience a sense of the plurality of interpretations of the Qur’an.

In October, the first launch event for one of the IIS’ recent publications, People of the Prophet’s House, was held in London. During the event, Dr Shainool Jiwa interviewed the editor of the volume, Dr Fahmida Suleman, which was followed by a discussion with the audience. Dr Suleman explained that the aim of the publication is to contribute to a growing body of scholarship dedicated to the religious arts and rituals of Shi‘i Muslims from around the world. The event was also complemented by an exhibition of rare manuscripts organised by the IIS’ Ismaili Special Collections Unit.

In late October, Dr Farhad Daftary participated in events in Mumbai, India, where an event on A Modern History of the Ismailis was delivered to an audience comprising academics, diplomats and representatives from other Muslim communities. An additional event was also held for Dr Daftary’s most recent publication entitled, Fifty Years in the East, which contains a translation of the memoirs of Wladimir Ivanow, who is viewed as one of the key pioneers of modern Ismaili studies.

In December 2015, Dr Gurdofarid Miskinzoda visited Kenya to host events to discuss publications from the Shi‘i Heritage series. She highlighted the publications which have been released so far and talked about the work of the Institute’s Shi‘i Studies Unit.

The final book launch of 2015 took place in Toronto, where the People of the Prophet’s House was launched in conjunction with the Aga Khan

Museum. Dr Fahmida Suleman, the editor of the volume, engaged in an on-stage conversation about the publication with Dr Ruba Kana’an, Head of Education and Scholarly Programmes at the Museum. Dr Suleman used examples of pieces from the Museum’s collection to supplement the discussion.

The IIS scholar visits and book launch programme are focused on exploring areas of the Institute’s research.  In 2015, more than 40 events were held in eight countries. Selected lectures are available to view on the IIS website here.