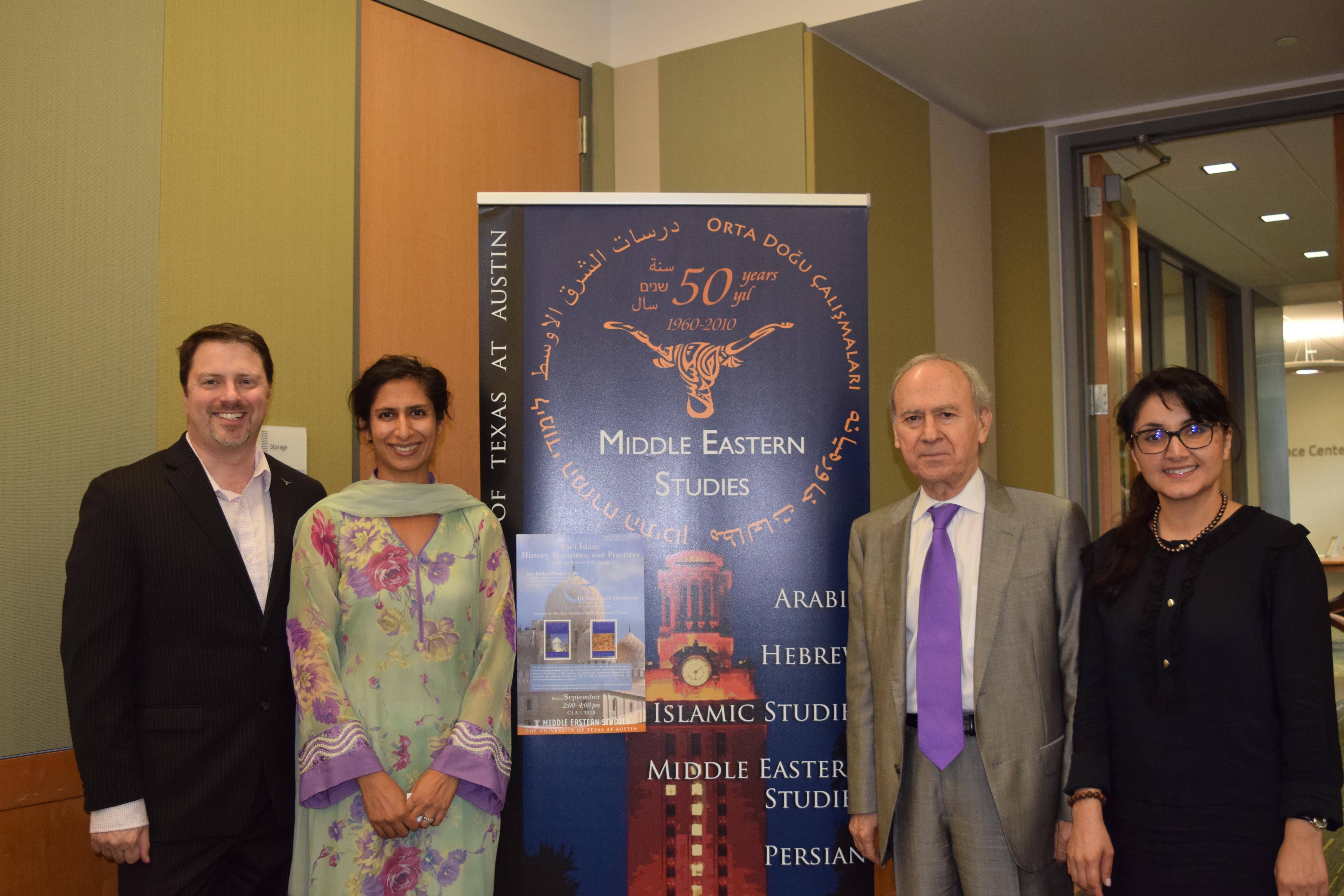 Dr Farhad Daftary and Dr Gurdofarid Miskinzoda visited Atlanta, Austin and Houston in the USA to launch the first two publications of the Shi‘i Heritage Series. Dr Miskinzoda also visited Nairobi, Kenya, where she conducted further presentations on the Series.

The Shi‘i Heritage Series has been established as an intrinsic part of the publications programme of the Institute, which seeks to bring together some of the most significant contributions in the study of Shi‘i Islam through an interdisciplinary approach. In his introduction to the Series, Dr Daftary, the General Editor, describes the principal objective of the Shi‘i Heritage Series as the enhancement of general knowledge on Shi‘i Islam and the promotion of a better understanding of its history, doctrines and practices in their historical and contemporary manifestations. Addressing all Shi‘i communities, the Series also aims to engage in discussions on theoretical and methodological issues, whilst inspiring further research in the field.

The three day launch programme in the USA commenced at Emory University’s Halle Institute in Atlanta, where Dr Daftary and Dr Miskinzoda engaged in an on-stage discussion facilitated by Professor Devin Stewart. In Austin, the Islamic Studies Programme at the University of Texas hosted an event that attracted a large number of students who actively engaged in discussions on the aims of the Shi‘i Heritage Series, but also on many pertinent topics related to the field of Islamic Studies, ranging from issues in methodologies to working with primary sources, including their effectiveness in historical investigation. The discussion was moderated by Dr Hina Azam from the Department of Middle Eastern Studies at the University of Texas, Austin.

The USA segment concluded with an event at the Ismaili Jamatkhana and Centre in Houston, which attracted many leading scholars, community leadership and external guests. The on-stage discussions, moderated by Dr Zahra Jamal, Director for Community Engagement at Rice University, went beyond questions related to the Series and also covered significant aspects of Shi‘i history and thought.

During her visit to Kenya, Dr Gurdofarid Miskinzoda conducted a series of presentations to leading scholars and members of the Ismaili community on the contributions of the Shi‘i Studies Unit.

The first publication in the Series - A History of Shi‘i Islam - written by Dr Daftary, provides an overview of the development of Shi‘ism

, drawing on the findings of modern scholarship to explain the formative era of Shi‘i Islam, when a multitude of Muslim groups and schools of thought were elaborating their doctrinal positions. Subsequent chapters are devoted to the history of the Twelvers

and the Nusayris - the four communities that account for almost the entirety of the Shi‘i Muslim population of the world.

The second publication The Study of Shi‘i Islam, edited by Dr Daftary and Dr Miskinzoda, explores some of the more recent developments and methodologies in this field. The volume benefits from the diverse expertise of nearly thirty eminent scholars, including Mohammad-Ali Amir