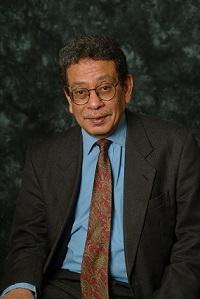 Colleagues and staff will remember with great affection Kutubdin (Kutub) Kassam, who passed away in London on 24 March 2019 at the age of 75. Best known for his literary prowess, Kutub was the man behind many of the IIS’s finest published works. As a judicious editor, he had a meticulous regard for the conventions of language, and contributed with academic rigour to the intellectual content of manuscripts and publications.

Kutub faithfully served IIS and the Ismaili Community for more than forty years. He began his career in Kenya, where he contributed in developing an international curriculum on religious education for the global Ismaili community. In 1982, Kutub began his journey with The Institute of Ismaili Studies in London, where his first task was to coordinate the activities of the newly established Education Unit (now the Department of Curriculum Studies). In that capacity, Kutub was responsible for overseeing the development of the Primary Ta‘lim materials.

From 1993 until his retirement in 2018, he selflessly served as a Senior Editor in the Department of Academic Research and Publications where he provided pragmatic insights and guidance to his colleagues and contributed towards a vast number of publications from Dr Aziz Esmail’s A Scent of Sandalwood: Indo-Ismaili Religious Lyrics; Dr Farhad Daftary’s Ismaili Literature to Dr Reza Shah-Kazemi’s Justice and Remembrance: the Spirituality of Imam Ali. Sensitivity to language and literature was inherent within Kutub, which led him to find expression in the poetry which he wrote. He co-authored a number of publications, including the Shimmering Light (1996) and An Anthology of Ismaili Literature (2008).

In memory of Kutub, IIS Governor, Dr Aziz Esmail wrote the following reflection on his life:

Institutions tend, quite naturally, to assess the individuals who work in them in institutional terms. It would be quite reasonable, then, in an appreciation of Kutub Kassam, who passed away in March, to dwell (solely or largely) on his services to the IIS. These services were significant. But the institutional profile of an individual risks neglect of his or her personal individuality. The force of such neglect varies. There are individuals who are so institutionalised in their inner being as to leave little remaining to be described beyond their institutional profile. There are others, however, with a personal hinterland insulated from their communal or institutional environments and, thus, unglimpsed by colleagues or associates. Kutub belonged to this latter group, and because I had the pleasure of knowing him, to whatever degree it is proper to make such a claim (for who can ever wholly know another human being?) his sad passing revives memories of times long gone by, and prompts reflection, through the prism of a highly individual life which happens to have touched one’s own, on the way human beings manage to make what they can of the cards they are allotted in their sojourn on earth.

Though he and I grew up in the same town, I did not know Kutub as a friend until much later, when I returned to the country from higher studies abroad, and took, as my first job, the post of lecturer at the University of Nairobi in the city to which Kutub had previously arrived to pursue his bachelor’s degree (in English and Economics). Following his graduation he had found employment in the University’s extension school – what used to be called, in terminology current at the time, its Extra-Mural Department – where (if I remember correctly) he was in charge of graphic design for materials of adult education produced by that Department. Our paths did not cross in the course of our respective jobs which were very different, and differently located, and it was he, as I remember, who first sought me out from an intellectual curiosity, which was one of his enduring characteristics, as to what I had learned from my studies and what opinions about the world I had formed on their basis.

Then, as before and to the very end, Kutub was not a communal person. In all institutional settings he remained something of an outsider. His solitary path in life gave him what is best called character – a quality seldom found in people who identify themselves entirely with a group or a cause. Having strong individualist learnings and convictions of my own, I found it a pleasure to know him – a feeling that, I dare say, was reciprocated on his part, though we differed in our political views which at the time were central to his outlook on life.

He had, like a section of educated individuals in not only Africa but throughout what at the time was called the “third world”, revolutionary convictions about the world. Yet there was enough room in his mind for a keen appreciation, more broadly, of literary, philosophical and indeed, religious ideas. The latter included Ismailism, quite apart from its communal practice, his interest being focussed instead on its philosophical aspects – on (his word) its “metaphysics”. It was in a free context, away from any institutional framework, that we conversed on these sundry themes of philosophy, society and politics – on, more simply, the way the world seemed to be and the way we felt it was going.

Few people who knew one or another facet of him were likely to know him whole. They were especially unlikely to know that he wrote poetry, an activity in which he gave voice to the private yearnings, which were more a means of self-expression, or a communication to those individuals for whom they were intended, rather than the public.

Had a clairvoyant predicted at the time that he would one day work in an Ismaili institution he would have been incredulous (as I dare say I would have been in an analogous circumstance). I say this because too often, retrospectively, we attach a supposedly pre-destined outcome and shape to a life, thereby denying the all-powerful role of chance and accident in the path of one’s existence (a fact which does not deprive it of meaning, but makes it an attainment rather than a given).

At precisely one such moment, unforeseen at the time but, in hindsight, determinative of things to come, I was invited, in 1975, to the conference in Paris which resulted, among other things, in the birth of the Institute of Ismaili Studies. On my return I was requested to advise on the programme on religious education begun by the Ismailia Association in the country informed by the deliberations at that conference. Soon after, I left the country, being vaguely aware that Kutub had taken charge of implementing that programme, of which his move to the IIS in London, once it had been established, was a logical sequel. It was as Head of the curricular team, then, that I found him at the IIS when, several years later, I arrived there as its Dean.

His position included an administrative role which, knowing him, I did not think was calculated to bring out the best of him, and I can only hope, thinking back, that the position as Editor in the Research and Publications Department to which I helped transfer him gave him the opportunity to harness his literary abilities as well as his interest in religious, Islamic and philosophical matters to good effect. Inevitably, given our respective positions and responsibilities at the Institute, our former relationship gave way to a formal connection. I do not know, therefore, the real extent of personal comfort and satisfaction he drew from his work. What I do know for certain is that he made a sterling contribution to the Institute in both the capacities in which he worked there. The primary level curriculum for the international Jamat

’s was then in its incipient stage. It therefore posed challenges of an unusual nature, to which Kutub responded with unstinting generosity of will and effort. The same dedication went into his editorial work in DARP, which was in fact more than editorial, frequently involving nothing short of re-writing.

As I write, Kutub’s physique and personality spring to life in my mind. The slight figure, reticent and retiring in social situations, measured and deliberate in speech, serious to the point of solemnity, but when at ease, capable of wry humour and passing laughter, stood for a unique being, shaped by unique circumstances who eventually made – as each of us do, or hope to do – his unique type of peace with the world. It behoves us not only to remember him for who he was, to whatever extent one knew him, but to be thankful for his having been alongside us in the world.”

Kutub’s legacy and his contributions to literature will be remembered for many years to come by his colleagues, friends and students at The Institute of Ismaili Studies. He will be deeply missed.