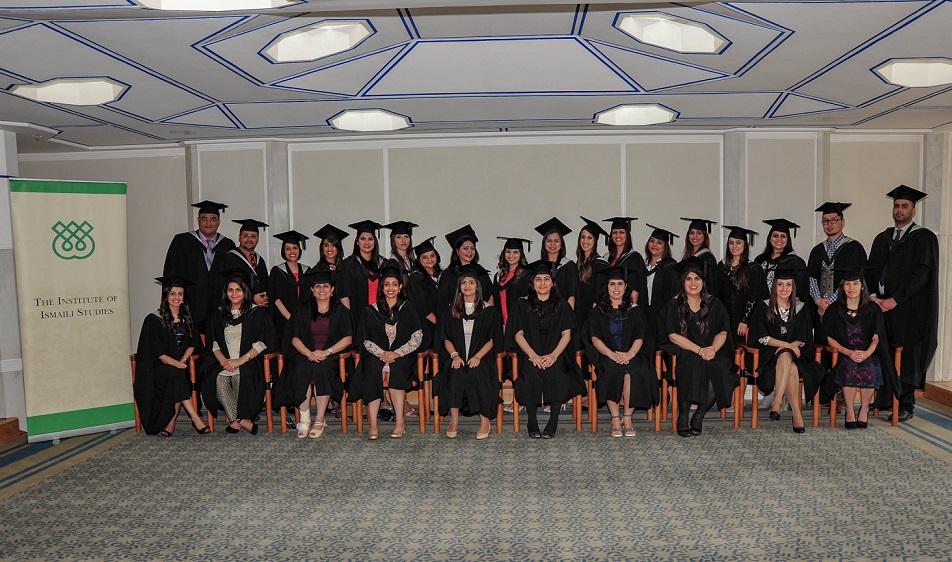 The graduation ceremony for the ninth cohort of the Institute’s Secondary Teacher Education Programme (STEP) was held on 7 April 2018 at The Ismaili Centre, London. Thirty-six students from Canada, India, Kenya, Madagascar, Pakistan, Tajikistan, Uganda and the United States of America graduated at the ceremony with a double Master’s degree: an MA in Education (Muslim Societies and Civilisations) and an MTeach (Master of Teaching). Both of the degrees are awarded by the University College London (UCL), and were presented to the graduates by Dr Farhad Daftary, Co-Director at the IIS, and Professor Gordon Stobart, Emeritus Professor of Education, Institute of Education, University College London and Honorary Research Fellow at Oxford University.

In his keynote address, Professor Gordon Stobart, shared his personal reflections from his long-standing career in education, and the ways in which we can strive to become better at our craft. He said:

“If we want to be experts, we have to be prepared to work hard. In fact, what we know about experts is that they’ve worked harder than anyone else. We can move to proficiency by practicing and reflecting on what we are doing, and not giving up on it. You’ll know there’s a shift happening when you stop asking ‘How well did I teach today?’ And you start asking the question, ‘What did the students learn today?’ Your work is always towards what has been learnt.

The valedictorian, Yasmin Merchant, from Canada, received a double distinction in her MA and MTeach degree, and the Outstanding STEP Student Award for her remarkable performance during the two year programme. A further six students also received a distinction in either, both or one of their MA or MTeach degrees. The success of the graduands was a testament to the exceptional achievements and dedication of both the graduands and the faculty at the IIS and the UCL IOE. Speaking about her journey, this year’s valedictorian, Yasmin Merchant, said:

“Our roles as students and teachers required us to also reflect on and question presumed certainties and look beyond accepted wisdom to reconsider what we value and believe in our personal lives and understandings. In fact, what resonates with me as most profound is when our studies challenged our deepest preconceptions of our own identities and roles as teachers in a Shia

Ismaili Muslim context, and the processes by which those identities and roles are shaped, defined, negotiated and given meaning.”

The graduates will now serve as secondary level religious education teachers and will deliver the Institute’s Secondary Curriculum in their home contexts, with the other 250 teachers who are already teaching globally.