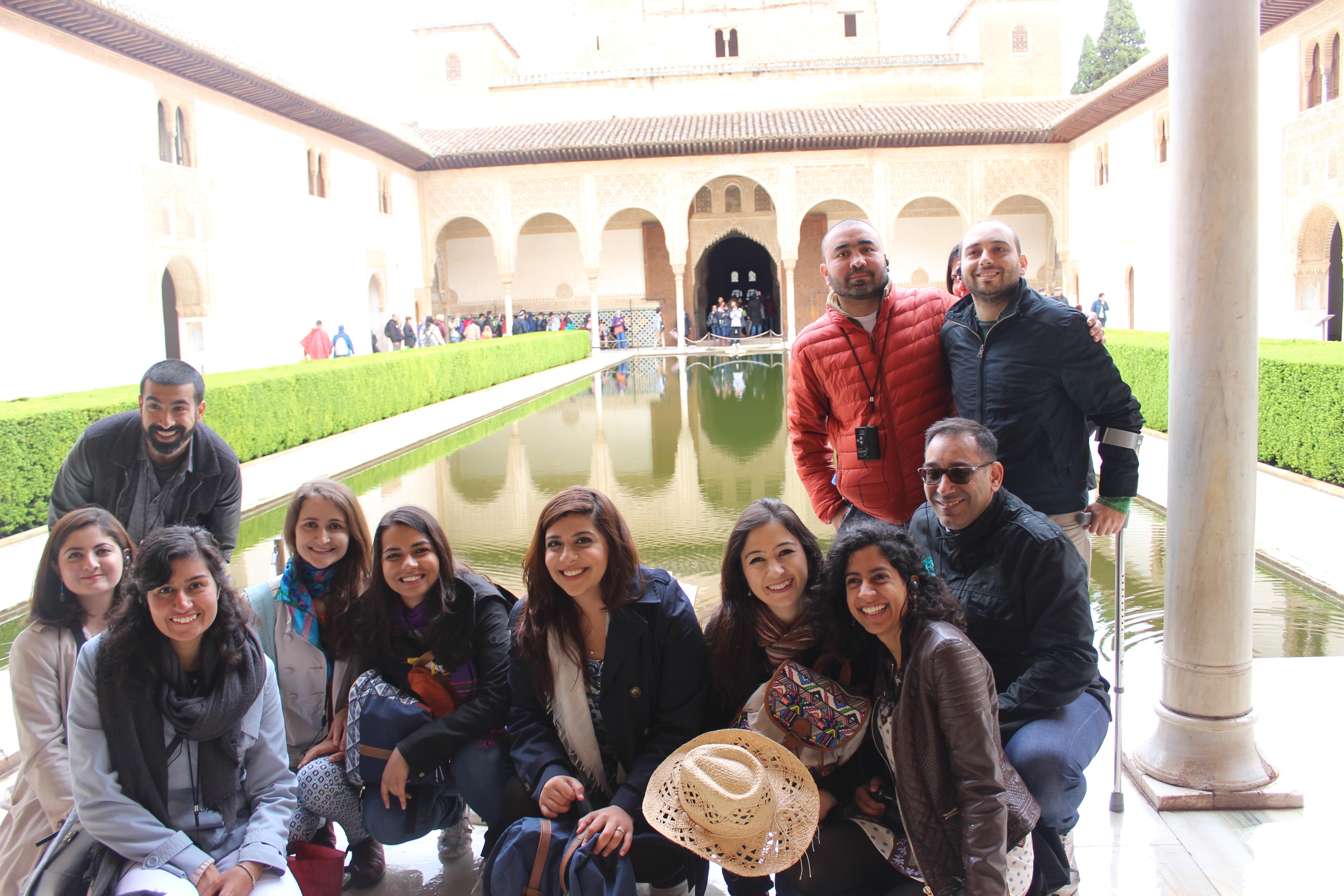 Students from the Graduate Programme in Islamic Studies and Humanities (GPISH) and the Secondary Teacher Education Programme (STEP) undertook an academic excursion to Andalusia in southern Spain. For over 700 years, Andalusia under Muslim rule was one of the world’s cultural and intellectual powerhouses. Despite the Reconquista and, more recently, the Franco dictatorship, the culture of the region's Muslim and Sephardic heritages are evident.

As part of this trip, GPISH students visited Seville, Cordoba, the ruins of Madinat al-Zahra and Granada. The aim of the field-trip was to enable the students to form and explore links between their archaeological, architectural and art-historical studies through visiting the key sites of Muslim heritage in Spain, as well as a number of UNESCO World Heritage sites. These included the fourteenth-century Nasrid Alhambra Palace and Gardens, the apogee of Moorish architecture, and what is now the Cathedral-Mosque of Cordoba, originally the city’s eighth-century Umayyad congregational mosque. Students also visited the ruins of the tenth-century palace city of Madinat al-Zahra - a recipient of the Aga Khan

Award for Architecture in 2010. Students also attended learning sessions facilitated by two experts in the field, Belén Vázquez Navajas and Elena Salinas, whilst undertaking guided walking tours of the sites.

Study trips like this complement teaching and learning in the modular content while also enriching the development of students’ skills in areas such as the interpretation of material culture and understanding heritage in its modern social and cultural contexts. Reflecting on their trip, the GPISH 2017 cohort commented:

“This trip solidified and strengthened not just the classroom learning, but also helped build long-lasting memorable moments for GPISH 2017 to cherish.”

The STEP students also had a similar itinerary, which included visits to Cordoba’s Jewish Museum, the Casa de Sefarad, and the city’s Museum of Three Cultures, which celebrates the ‘convivencia’, a period of pluralistic ‘living together’ in early Muslim Spain, where Medieval Spain’s Muslim, Christian and Jewish inhabitants existed side by side. Students visited the historic Moorish Albayzin quarter of Granada, across the Darro Valley from Alhambra - a World Heritage site, and Granada’s modern mosque, constructed in 2003, the first purpose-built mosque in Spain since the reconquest of 1492.

The STEP field trip aimed to bring the IIS secondary-curriculum to life by visiting sites featured in the curriculum. This helps to develop the STEP student-teachers skills in using field-trips and material culture when teaching the curriculum, and enables them to engage in a critical and informed manner with the various narratives about Muslim Spain. After returning from Spain, STEP students completed a reflective, multimedia assignment on pluralism, the philosophical underpinning of the IIS secondary curriculum, reflecting on convivencia, the cultural circumstances that bring it about, and the factors that can catastrophically undermine it, as it happened in Spain in 1492. In addition to the intellectual and practical learning outcomes, the trips were also very enjoyable – “the chance of a lifetime”, commented one STEP student.