Modernity in many parts of the Arab world and Turkey dates back to the nineteenth century. It is not merely cultural, but also buttressed by far reaching socio-economic transformations of capitalism and the world market. It involved urbanisation and individualisation of labour and of lifestyle for many sectors. Another process is secularisation (not secularism necessarily), in the sense of separation of many spheres of life from the religious and into the spheres of state and other institutions (law, education, public spaces) and the rise of new spheres, notably the modern media and entertainment, especially cinema then TV, largely unrelated to religion.

The wave of religiosity which emerged since the 1970s/80s is, in many respects, an attempt to control and re-direct these processes if not to reverse them. 'Fundamentalism' only makes sense against a background of secularisation: the fundamentalist says that the sacred sources mean exactly what they say, and are not open to the liberal readings of those trying to reconcile religion to modernity. 'Everyday modernity' consists of strategies to either circumvent these attempts at reassertion of religious authority (clearly so in Iran), or devices to engage in the styles and desires of modernity, but within novel religious forms.
Some of the more visible elements of ‘everyday modernity’ in the Arab world include:

Piety, observance and the moralisation of public space: There are, of course, different degrees of religious Puritanism. There is the Salafi/Wahhabi endeavour to banish any mixing of the sexes, music, entertainments, drink and disapproved cultural products, i.e. censorship. The bans also extend to ‘religious recreation’ in festivities (mawlids) and Sufi rituals. These stipulations are often at odds with the exigencies of quotidian life and general human inclinations and desires. Implicit disregard for these demands have been the norm in the past; but more recently the pressures of piety have created tensions and spaces of contention as to what is religiously allowable. Islamic versions of common styles and diversions now proliferate, sometimes sanctioned by religious authorities: segregated beaches, Muslim fashions, music, media, sports, mixed public spaces (shopping malls, cafes). Avenues and forms of sexual expression for the young proliferate and become objects of contention. Religious recreations continue to enjoy wide popular participation in Egypt and elsewhere.

Identity politics: Identity politics includes the assertion of difference from ‘the West’, and the defences against cultural invasions and ‘pollution’ by Western styles. The insistent emphasis on this theme is accompanied by its flagrant but largely unacknowledged subversion in everyday activity and styles, from dress, to food to music and entertainment, to media consumptions, to public spaces and general consumption patterns. While McDonald’s is boycotted because it is American, native fast food chains emerge which are direct imitations; the boycott of Coca Cola spawns Mecca Cola. Particularly interesting in tourist countries like Egypt is the internalisation of the ‘tourist gaze’ by natives, in ways which shape their leisure styles and fashions, such as the establishment of baladi (native) cafes in tourist hotels, with ‘street’ food and popular entertainment, including the celebrations of Ramadan nights. It is the staging of folkloric culture, not just for the foreign tourist, but for the native prosperous classes.

Diversity: Diversity is notably of media and Internet production and consumption, of ideas and styles, religious and profane. In particular the emergence of the Muslim ‘televangelist’ exemplified by the Egyptian Amr Khalid: smart, ‘modern’ but highly conservative moral preaching (non-political) directed at an adoring upper class public, especially of women and the young, side by side with highly Westernised material culture and lifestyle.
The upshot is that capitalist/globalised modernity involves an economy of desire which cannot be contained within the frames of revived religion or the politics of authenticity. Hence the new manifestations of everyday modernity.

Q1. This idea of ‘everyday modernity’ is attracting global interest of late. Could you share your understanding of it, specifically in the Middle East context?

Q2. Your work in this field is wonderfully diverse. It includes Law and Power in the Islamic World (2003), which looked at the shari’a in particular, and also a book on food cultures of the Middle East, A Taste of Thyme (2000). Are these simply different faces of the everyday modern?

Q3. Secularisation is a vital part of modernity at large. How do you distinguish between secularisation, on the one hand, and secularism as a doctrine that seems at odds with public religion?

Q4. In a real sense, everyday modernity seems to be about the democratisation of culture – the ability of ordinary citizens to partake. This assures us of diversity of culture and taste, but not necessarily pluralism – as an ethos of tolerant engagement. What are your thoughts on this?

Q5. With the rise of the new media – notably the Internet - the Arab/Muslim diaspora in the West has a major impact on the ‘traditional’ Muslim world. Is the result a more uniform Modernity – or multiple local modernities? 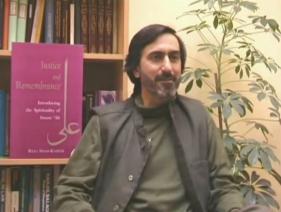 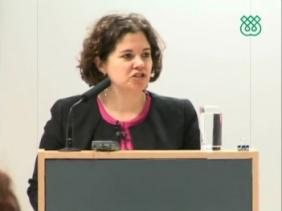 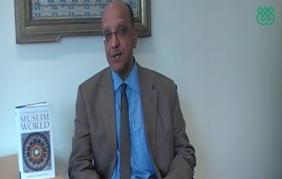 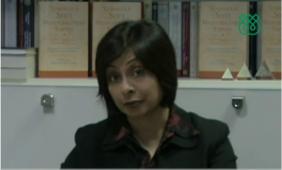