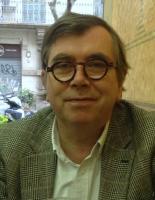 A Baroque Jesuit’s Encounter with the Qur’an: The Translation and Commentary of Ignazio Lomellini (1622)
Fatimid Rejection of ghuluww. Outlines of the Kitāb al-Kashf attributed to Jaʿfar b. Mansūr al-Yaman
Reflections on Contemporary Sufism: Exploring Past Trends and Past Tendencies