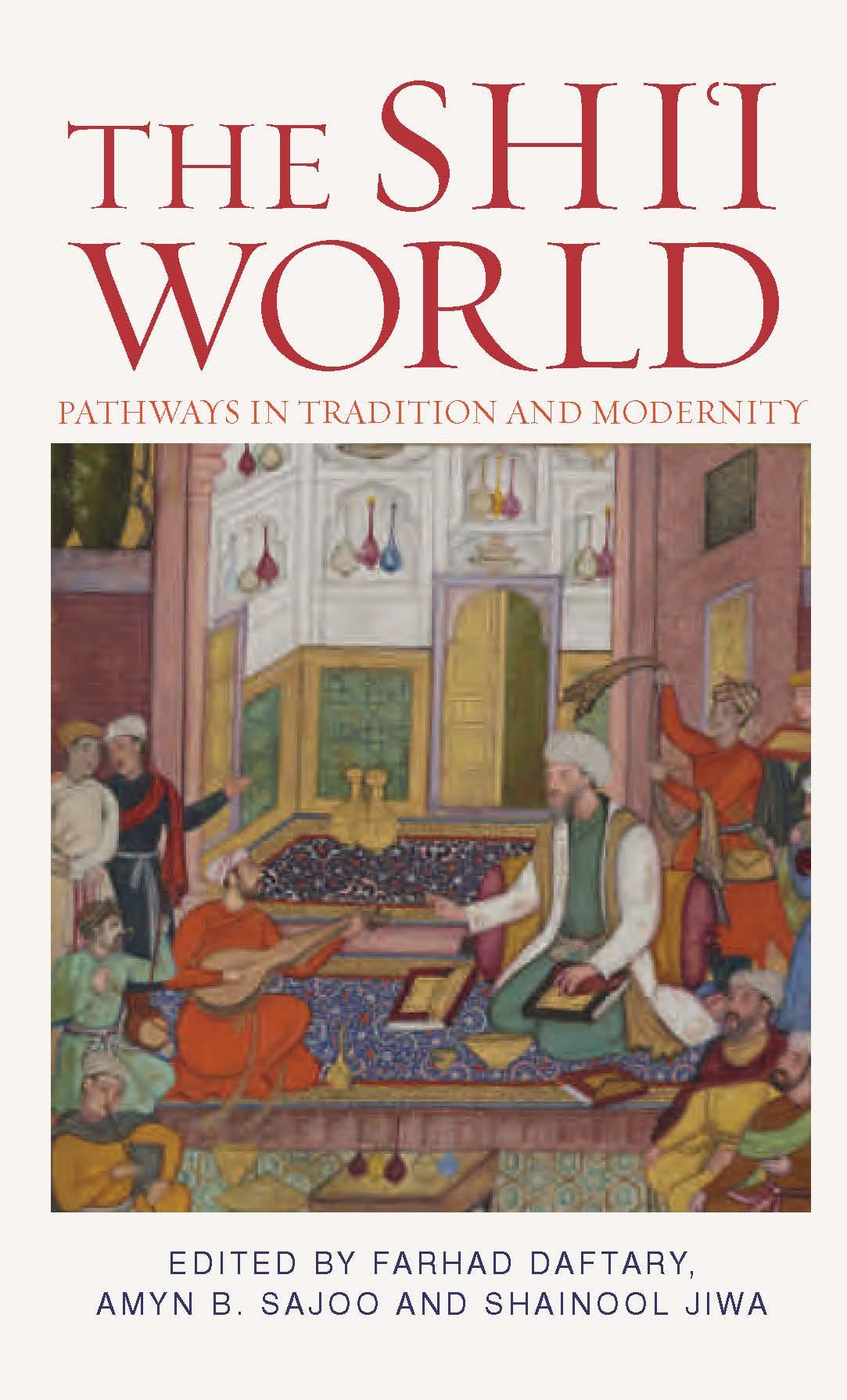 The Shi‘i World: Pathways in Tradition and Modernity, the fourth book in the Muslim Heritage Series, has been published by The Institute of Ismaili Studies (IIS). Fresh insights into the multi-faceted world of Shi‘a

Islam, past and present, fill the sixteen chapters of this new publication. They showcase Shi‘i beliefs, practices and traditions in all their diversity through history, including their manifestations in art and architecture, music, cinema, literature, law and theology, and intellectual life. This work seeks to elucidate what is meant by Shi‘i identity and how ordinary women and men experience those various aspects of Shi‘ism

as individuals and members of communities, not only in their ‘traditional’ contexts in the Middle East and Asia, but also in the global diaspora.

The General Editor of this series, Dr Amyn B. Sajoo commented on the aim of the publication by saying:

“Developing an informed understanding of the Shi‘a world could hardly be more critical in our time. The range of themes covered in this accessible volume will enable readers to develop a fully rounded understanding of the plural expressions of Shi‘a Islam — and an appreciation of their commonalities with other branches of Islam, as well as their distinctions. It offers a counter-narrative to the narrow sectarianism that we see in many parts of the Muslim world today, with increasingly violent results, against the rich pluralist heritage shared by Sunni and Shi‘a alike.”

An accomplished group of writers make the chapters highly accessible in style and content, yet firmly grounded in scholarship. Contributors include Professor Omid Safi on the Prophet, Professor Ali Asani on Devotional Practices, Professor Jonathan M. Bloom on Art and Architecture, William Sumits on Music, and Professor Zulfikar Hirji and Dr Karen Ruffle on Diasporas. The book will appeal not only to academics and students, but indeed to the general reader with an interest in how the Shi‘i interpretation of Islam has shaped one of the world’s great religious traditions.

The Muslim Heritage series explores vital themes in the civilisations of Islam – including the nature of religious authority, ethics and law, social justice and civil society, the arts and sciences, and the interplay of spiritual and secular life-worlds. In keeping with the Institute’s approach, the series is informed by the plurality of communities and interpretations of Islam, as well as their locus in modernity and tradition. Earlier titles in the series explore ethics, cultures and the diversity of Muslim traditions from around the world.

‘Cultivating a deeper understanding of the Shi‘i expressions and interpretations of Islam is integral to the scholarly endeavours of The Institute of Ismaili Studies. Among our most recent efforts in this regard is the launching of the Shi‘i Heritage Series which is dedicated to promoting scholarship on the multiple facets of the Shi‘a world. As well, our recently published volume titled, People of the Prophet’s House, offers a rich array of articles on the artistic and ritual expressions of Shi‘a Islam. The Shi‘i World: Pathways in Tradition and Modernity is a vital part of this initiative.’