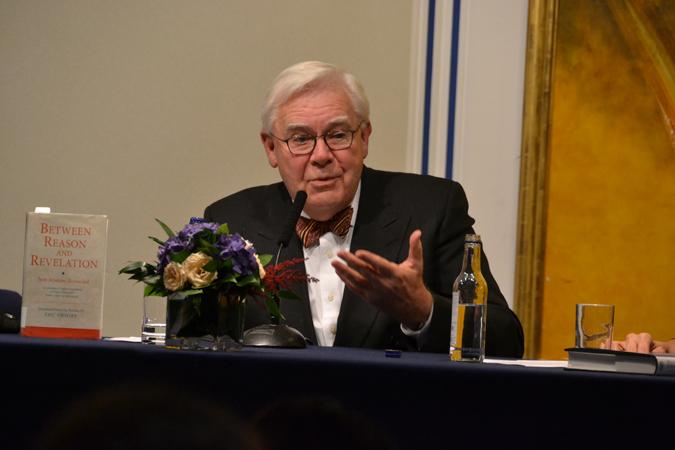 The award, given for works that further an appreciation of Islamic culture and thought, was conferred in Tehran at a formal ceremony on 8 February 2014, presided over by a number of leading Iranian scholars and religious leaders. The secretariat of the World Book Award, under the auspices of the Ministry of Culture and Islamic Guidance, commended Professor Ormsby’s work as the first complete English translation of the final work of the great 11th-century Ismaili philosopher and poet, and praised the accuracy and stylistic beauty of his translation.

Between Reason and Revelation was published by I.B. Tauris in association with The Institute of Ismaili Studies in 2012 as a volume in the Institute’s Ismaili Texts and Translations Series. It was the culmination of a project carried out over four years by Professor Ormsby in his position as Senior Research Associate in the Department of Research and Publications.

The award, which was the 21st in the history of World Book Award, included winners from several countries, including Bulgaria, Canada, France, Germany, Pakistan and the United States.