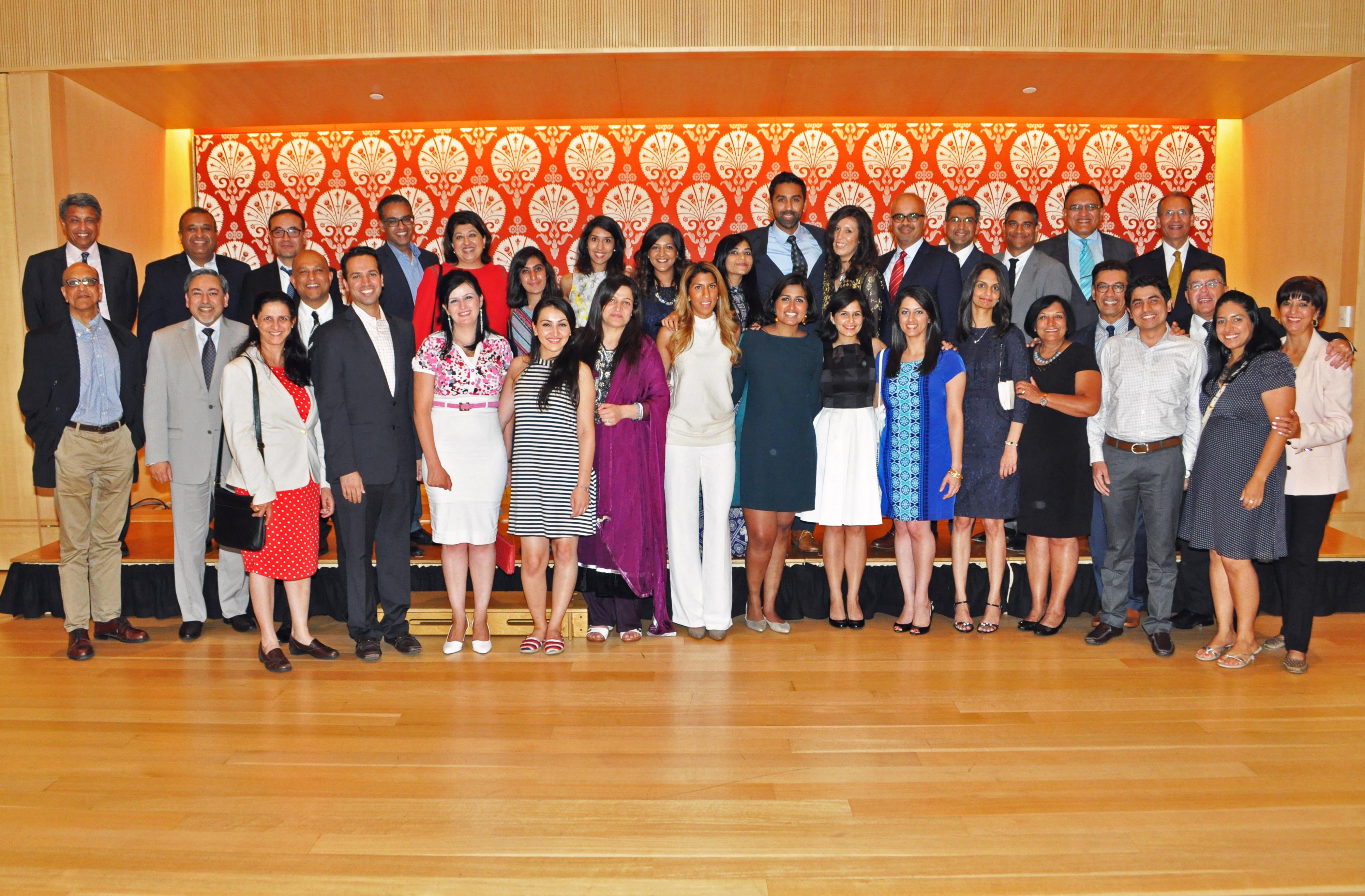 The thirteenth Summer Programme on Islam was held at the Ismaili Centre in Toronto, Canada, from 16 - 22 August 2015.  Twenty-seven participants from 10 countries, including Afghanistan, Canada, France, India, Pakistan, Portugal, Syria, Tajikistan, United Kingdom and the United States of America, participated in the seven-day programme.

The programme faculty included scholars from the IIS as well as academics from universities in Canada.  Dr Zulfikar Hirji of York University served as the programme’s Academic Director. The topics of study included diversity and pluralism in Islam, models of authority amongst Muslims, and an introduction to the Qur’an

and its interpretations.  In addition, participants explored Shari‘a

tradition as it has evolved in history, the roots and manifestations of extremist views amongst Muslims, issues associated with gender in Muslim societies, as well as Muslim ethics and values.

Each theme comprised an applied component which allowed participants to delve deeper into the issues and discuss the concept and diverse perspectives in smaller groups. The curriculum and teaching methodology established an environment for participants to navigate outside their comfort zones and learn from each other. They were encouraged to question pre-conceived notions and challenge contemporary discourses to sharpen their understanding of ideas as well as to develop tools of comprehension that will continue to guide their thinking in the future.

The participants spent a day at the Aga Khan

Museum in Toronto with Dr Ruba Kana'an, Head of Education and Scholarly Programmes, as their guide.  Participants examined the multitude of artistic expressions within Muslim civilisations and how they have been used to express various ideas and identities.  Mr Karim Merchant, a participant from the United States, commented as follows:

“Through the discussion and visit to the Aga Khan Museum I got to witness some of the rich variety of the art of Muslim civilisations and got to see the way in which this art was influenced by the contexts in which Muslims have lived.”

“I recently had the opportunity of hosting Pir

Muhammad Shah - minister of state and religious affairs from the government of Pakistan. I was very comfortable in our dialogue. This program has boosted my confidence in understanding Islam and has created a thirst for more knowledge (…) I enjoyed the Summer Programme on Islam thoroughly and feel that the sessions have influenced how I will articulate who I am and describe the faith community to which I belong.”

"The Program offered an environment of respectful enquiry in which participants could freely discuss and explore complex and sometimes controversial aspects of one’s own faith and those of others. … The programme is quite rigorous, and rightly so, as there is such richness in the field of Islamic Studies. I benefited greatly from the enlightening discussions that took place, formally and informally, among the participants and the faculty.”

The programme culminated with a formal dinner for participants, faculty and local Ismaili leadership. The keynote address was delivered by Dr. Henry Kim, Director and CEO of the Aga Khan Museum.  Mr. Azim Alibhai from Canada, who was the elected student representative for 2015, shared the group’s reflections on the programme.

The next summer programme in Islam is expected to be held in London in August 2016.

IIS Welcomes New GPISH and STEP Students
GPISH Class of 2012 mark the end of their studies at the IIS
Kinship, Camaraderie and Contestation Fatimid Relations with the Ashraf in the Fourth AH /Tenth CE century