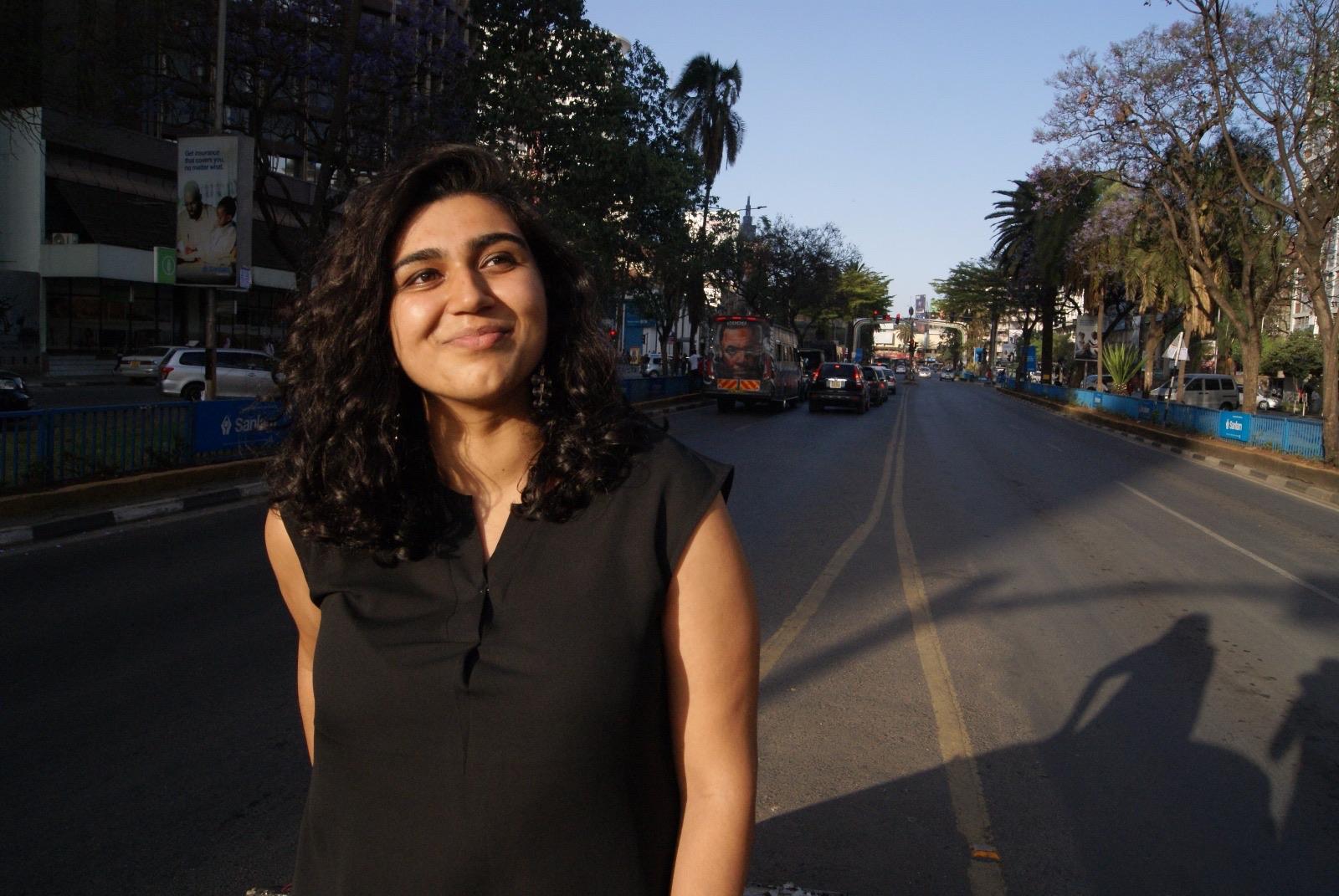 Nabila Walji is a second-year student on the Graduate Programme in Islamic Studies and Humanities (GPISH) and has recently opened her first exhibition—UnBelonging in my Fatherland—with Calgary’s Arts Commons. Here she talks about her combined academic-artistic photographic and writing practice, which explores identity, culture, discrimination and community, with a focus on her partly East African heritage.

Please could you tell us a bit about your exhibition UnBelonging in my Fatherland and the subject matter it covers?

The exhibition is about evoking that sense that I think everyone feels to differing degrees, of not belonging in a place that they're from, or that they live in – and about that universal search for a home. But on a more specific level, it's about my own journey of being a Canadian, who always grew up thinking that they're part South Asian and part East African, but in going to my East African fatherland finding that un-belonging could be found in the place that I thought was my homeland as well. I think, for any diasporic or migratory peoples, including Ismailis, there's a huge resonance, in terms of the story that the exhibition is telling, because many of us have been migratory or have had to move.

What prompted you to start the project or start asking those questions?

It comes partly from my youth, of being a person of colour in a Canadian society, where many people are told – whether they're born there, they're first, second, third or fourth generation – they're still told: go back to where you came from. And so I guess for me, subtly or not so subtly, it made me ask: where is that place? And I found that it is kind of elusive, that there's no actual origin point. The next layer then comes from my own experiences living and working in East Africa and reflecting on my positionality in that society when I was there. And the complexity of being what they call Asian, or what they call Indian, in that society and finding that, even if we're fifth generation there, we still don't really belong there either. The last part of this question would be just having an interest in documenting my family history in the area. Once I lived in Nairobi, I discovered that there's this very vibrant, creative community that isn't stuck in silos, where art belongs in one category and social impact belongs in another. They're engaged with their society through their creativity. Through them, I was able to learn how to document these places.

Could you say a bit about your combined academic, artistic, photographic and writing practice?

I always was a writer, and I did photography as a hobby. I got more into street photography during my undergraduate studies living in the very vibrant city of Montreal. I integrated these to some extent in my anthropological studies, because it provided that space to do visual anthropology and explore the image, and combine art and academics in writing through ethnography. It started to more concretely bridge in my internship with Aga Khan

Foundation (East Africa) in Nairobi, because I was put in a communications position and was required to take pictures and write. And then I met a lot of these creatives there, that I mentioned earlier. Through GPISH, I realised I enjoyed the intellectual rigour of the academic world, and the ability to really research an issue. I've realised that there's space to combine my artistic practice with academic approaches, and do applied research. That's hopefully what I'll be pursuing more in my third year, because I've chosen an anthropology programme at Oxford that has a lot of experience in visual, material and museum anthropology. And so I'm hoping through engagement with that programme, I'll be able to find that space and more deeply engage with issues of identity and racism I’m interested in. 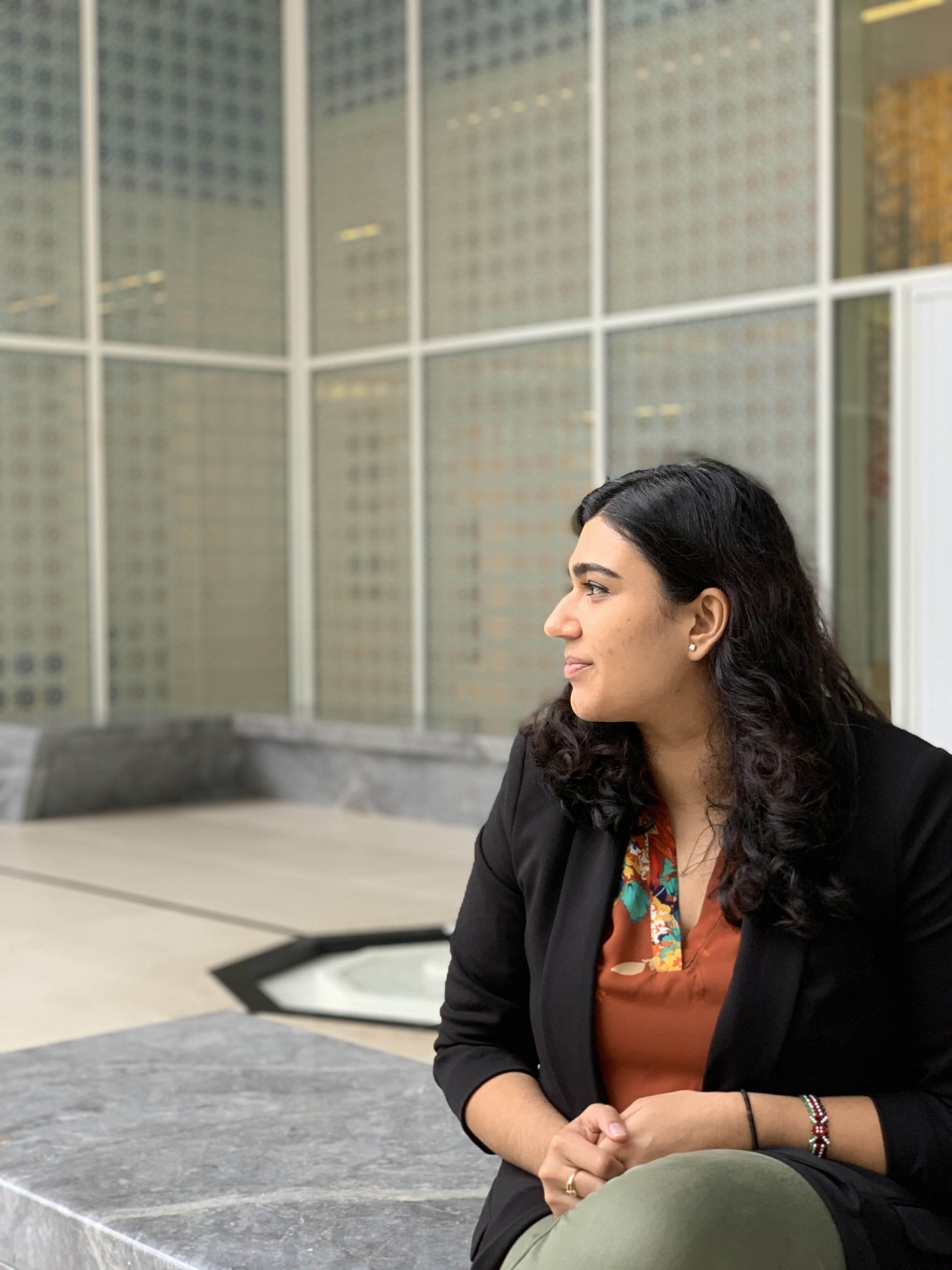 Nabila at the Aga Khan

Could you say a bit more about how your experience on GPISH has influenced your practice and vice versa?

This idea of applied practice or applied research has influenced a lot of my GPISH experience. And a lot of my papers have been about the visual or art. I'm trying to think of ways to practice in this field and to challenge my thinking on it too. GPISH has given me the space to better understand racism and discrimination as they relate to the wider questions of culture, identity and development. Through it, I have gained a much better understanding of the roots of Islamophobia and the systemic factors that underlie a lot of the issues in Muslim majority areas. I think I didn't even appreciate coming in how much more depth I was going to get. I’ve now got a different layer of understanding on colonialism and its impact. I'm looking forward to taking that learning forward with other projects.

My GPISH research project is focusing on the idea of place, memory and identity in Nairobi using my family's restaurant, which was an iconic establishment in the city. I’m looking at how, through people's memory, the restaurant represents cultural heritage in the city. There’s an image of it in the exhibition: it's directly across from the iconic town Jamatkhana in Nairobi.

What do you hope visitors take away from your exhibition?

UnBelonging in my Fatherland is kind of an ode to the Ismaili community and is reflective of many of our experiences. And so in that sense, I'm hoping that for people who might have roots in East Africa, they're looking at it critically. The exhibition does tell stories about recognisable places, but there is commentary throughout, on colonialism, racism and some political issues that challenged me as a Canadian outsider who also was kind of an insider. I hope people whose families are from the region or who have heard about it and identify with the region, also get to learn about what everyday life is like, rather than just be too caught up in the nostalgic element of it. Part of the goal is also to counterpoint the ways in which Africa as a continent is usually represented by showing its internal diversity, focused on this region. More broadly, I think it is about reflecting on your own positionality in your societies and thinking through un-belonging, which stems from racism.

Visit UnBelonging in My Fatherland online.

Read a blog by Nabila on the power of an image.