Dr Amier Saidula is a Senior Research Associate at The Institute of Ismaili Studies, London, UK. He completed his graduate studies at North-western University of Political Science and Law in Xi’an China, with a degree in Chinese Laws. He also holds a degree in Chinese Culture and Chinese Language from the North-western University of Nationalities in Lanzhou China. He completed a two-year postgraduate study on Islamic Studies and Humanities at the Institute of Ismaili Studies, London. He also holds a Master in Laws (LLM) from the School of Oriental and African Studies, University of London, and a PhD in Anthropology from the University of Edinburgh.  His main research interest is Islam in China in general and Ismaili studies in particular. His working languages include Mandarin, Uyghur, English, Uzbek, Kyrgyz, Kazak, Turkish, Persian, Wakhi, Sariqoli and few Pamiri languages of Tajikistan. He is also well informed about Chinese law and legal system.

At present, he is working on The Ismailis of China in modern times: a survey of social and political history of the Ismailis in Xinjiang from the  mid-19th century to date.

Before joining the IIS, he was a state prosecutor in charge of international cases in the High Procuratorate of Xinjiang Uyghur Autonomous Region in China. His academic research interest includes the history, culture and traditions of Muslims in China, in general, and Ismaili community, in particular. 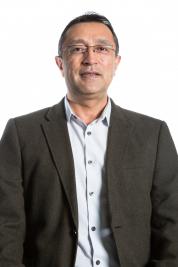