Dr Dagikhudo Dagiev is a Senior Research Associate in the Department of Academic Research and Publications. He obtained his PhD in the Department of Political Science from the University College London (UCL). His PhD thesis was entitled The Process of Transition in Post-Soviet Central Asia and its Challenges. His research area includes contemporary societies in post-Communist Central Asia, their history and religion, the re-emergence of Islam as a faith, the appearance of Islamist ideologies, and nationalism.

Dr Dagiev received his Bachelors Degree from Khorog State University (Tajikistan), Department of Humanities on Classical Tajik-Persian Literature and Languages. He is also an IIS Alumnus from Graduate Programme in Islamic Studies and Humanities (GPISH 2000-2002) and recipient of the IIS scholarship for an MPhil Degree in Eurasian Studies from the University of Oxford (2002-2004). 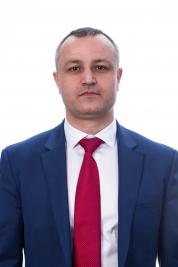