Having worked with the Central Asian Studies Unit for nine years, Najam has joined the Encyclopaedia Islamica project as Research Associate to provide research input besides reference, annotation and editorial support to Managing Editor, Dr. Reza Shah-Kazemi, and his team of editors.

Prior to joining the Institute of Ismaili Studies in early 2003, Dr Najam Abbas worked in Tajikistan with the Aga Khan Humanities Project for Central Asia (1997-2000). Between 2000 to 2002 Najam served as Outreach & Training Coordinator, University of Central Asia, at Khorog, Tajikistan campus piloting innovative distance education programs (including some through radio) for giving access to resources to adult learners in isolated communities. In 1998, he completed his Ph D from Tajik National University, based on his postgraduate researchon Kazakhstan's Post-Independence Press at the Kazakh State University in Almaty (1994-97). Najam has a Master’s in Political Science. For his Bachelor’s degree Najam studied Economics in Muslim settings, Fiqh

Between 2006 and 2010 Najam facilitated a course on Development Challenges to Central Asia at the Graduate Programme in Islamic History and Humanities of the Institute of Ismaili Studies, U.K, since 2006. Najam is an Editorial Board Member for Central Eurasian Reader: A Biennial Journal of Critical Bibliography and Epistemology of Central Eurasian Studies. This journal is published by the Centre for Turkish, Ottoman, Balkan, and Central Asian Studies (CETOBAC), at the School for Advanced Studies in the Social Sciences (EHESS) based in Paris. He is also Editorial Board Member for The Journal of Independent Studies and Research. He is also on the experts’ panel for South and Central Asian Affairs of EastWest Institute, Brussels.

Najam has contributed book reviews to a number of academic publications, appearing more frequently in "Ab Imperio" a journal on comparative study of New History and Nationalism in the Post-Soviet territory; and the Muslim World Book Review. 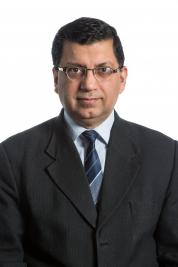