Dr Toby Mayer is a Research Associate in the Qur’anic Studies Unit at The Institute of Ismaili Studies, London. After completing his undergraduate degree in Indian Studies at the University of Cambridge, he went on to study Medieval Arabic thought at the University of Oxford, where he wrote his doctoral thesis on the Book of Allusions (Isharat) by the major Persian philosopher Ibn Sina. In 2001, in conjunction with Professor Wilferd Madelung, he published a critical edition and translation of Shahrastani’s Kitab Musara‘at al-Falasifa, entitled Struggling with the Philosopher: A Refutation of Avicenna’s Metaphysics (2001). Until 2003, Dr Mayer was a lecturer in Islamic Studies at the School of Oriental and African Studies, University of London, where he taught courses in Islamic philosophy and mysticism. He has also worked for Al-Furqan

Islamic Heritage Foundation and on various documentary film projects in India, Indonesia and other parts of the Muslim world. 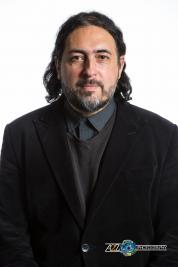