Conference Highlights: The Renaissance of Shiʿi Islam in the 15th–17th Centuries

Watch highlights of IIS conference on The Renaissance of Shiʿi Islam in the 15th–17th Centuries: Facets of Thought and Practice.

IIS held its third Shi‘i Studies conference entitled, The Renaissance of Shiʿi Islam in the 15th–17th Centuries: Facets of Thought and Practice, from 3-5 October 2018 at the Aga Khan

Centre. The Shi ‘i Studies conference investigated and evaluated the intellectual contributions of Shi‘i Muslims during this complex period.

The 15th century marked a renaissance for the Ismaili and Twelver Shiʿi traditions after centuries of marginalisation. It was with the commencement of the Imamat

of Mustansir biʾllah II around 868/1463– 1464, that the Anjudan revival of the Nizari Ismailis began. Around the same time, several Shiʿi messianic movements emerged in Iran and spread to neighbouring countries. One of these, the Safavids

, became particularly successful. In 1500, led by the youthful Ismail I, the Safavid forces defeated the army of the Aq Qoyunlu, and a year later, in the summer of 1501, took their capital Tabriz, therefore establishing the Safavid state which then became an empire and the first major Shiʿi power since the fall of the Fatimids

in 1171. The conference sought to explore many unexplored questions from this multifaceted era.

Held at the newly opened Aga Khan Centre in London’s Knowledge Quarter, this international conference brought together established and emerging scholars from around the world, as well as educators, researchers, students, and those with a general interest in the subject.

A publication of the conference proceedings is planned to be released in the future, under the Shi‘i Heritage Series. Publications in this series focus on the general knowledge of Shi‘i Islam and on promoting a better understanding of its history, doctrines and practices in their historical and contemporary contexts.

The Druzes, from Ismaili Esotericism to the Formation of a Doctrinal School of Law
Find out more about this lecture. This recorded... 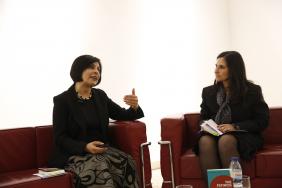 The Fatimids: 1. The Rise of a Muslim Empire