Watch the insightful presentations by Dr Daniel Beben and Dr Daryoush M. Poor on the remarkable life and career of the 46th hereditary Ismaili Imam - Hasan Ali Shah - during a book launch event on 1 May at the Aga Khan Centre.

Part of the Ismaili Texts and Translations Series, the book was published in honour of His Highness the Aga Khan

IV Diamond Jubilee. It is the first English translation of the original Persian manuscript, the Ibrat-afza which was composed in 1850. In addition to the English and Persian texts, the book provides a detailed contextual introduction, helping readers to engage more insightfully with the Imam

’s testimony, told as part autobiography and part as his memoir.

During the book launch, Dr Daniel Beben of Nazarbayev University, Kazakhstan, spoke of the text’s historical, social and cultural significance. He examined some of the key concepts within the text, including legitimacy, lineage and authority, through processes such as conflict mediation for the wider community, and the interactions between the Imam and the Qajar monarchy in Persia, who had bestowed upon him the title of Aga Khan. Dr Beben also spoke about the evolution of the 46th Imam’s role as a social, political and spiritual leader, the final decade of the Nizari Ismaili Imamate in Persia, and the transition of the Seat of the Ismaili Imamate

from Persia to India.

Dr Daryoush Mohammad Poor of The Institute of Ismaili Studies elaborated further on some of the intricacies of the text itself, including the literary themes of the Persian text, as well as an analysis of the role and voice of the narrator. Dr Mohammad Poor also explained the poetic, spiritual and philosophical traditions, which have influenced the style and content of the Persian text.

Dr Shabnum Tejani, of SOAS, framed the discussions to help the audience better understand the book’s purpose, as well as some of the key themes and events recounted in the manuscript. 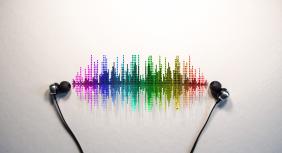 Beyond the Mosque Audiobook Sample