Dr. Karen Bauer (PhD, Princeton) is a Senior Research Associate in the Qur’anic Studies Unit of the Institute of Ismaili Studies, London. She specialises in Islamic social and intellectual history; her specific interests include the Qur’an and Qur’anic exegesis, the history of emotions in early Islam, and gender in Islamic history and thought. Although she is mostly known as a medievalist, she occasionally ventures into modern territory, such as when she interviewed religious scholars (ʿulamaʾ) in Iran and Syria for her book Gender Hierarchy in the Qur’an

: Medieval Interpretations, Modern Responses (Cambridge University Press, 2015), which detailed the history of tafsīr through interpretations of verses on women, and was runner up for the BKFS Book Prize 2016. She has published on subjects such as emotional rhetoric in the Qur'an, women’s right to be judges in medieval Islamic law, the potential and actual audiences for medieval tafsīr, and a phrase pertaining to kindness in marriage that is present in documentary evidence of contracts of marriage and in works of tafsīr. In addition to her monograph, she edited a volume entitled Aims, Methods, and Contexts of Qur'anic Exegesis, 2nd/8th - 9th/15th centuries) (OUP/IIS, 2013). She is active in the International Qur’anic Studies Association (IQSA).

‘The Current State of Qur’ānic Studies: Commentary on a Roundtable discussion’. Journal of the International Qur’anic Studies Association (JIQSA) 1.1 (2016), pp. 29-45.

‘In Defense of Historical-Critical Analysis of the Qur’an’, part of a roundtable entitled ‘Feminism in Islam: Exploring the Boundaries of Critique’. Journal of Feminist Studies in Religion, 32.2 (2016), pp. 126-130.

‘Spiritual Hierarchy and Gender Hierarchy in Fāṭimid Ismā‘īlī interpretations of the Qur’ān,’ Journal of Qur’anic Studies 14.2 (2012), 29-46.

‘I have seen the people’s antipathy to this knowledge:” The Muslim exegete and his audience, 5th/11th-7th/13th centuries’. In The Islamic Scholarly Tradition: Studies in History, Law and Thought in Honor of Professor Michael Allan Cook. A. Ahmed, B. Sadeghi, and M. Bonner, eds. Leiden: Brill, 2011, pp. 293-315. Reprinted in Tafsīr: Interpreting the Qur’an. Critical Concepts in Islamic Studies, ed. Mustafa Shah. London: Routledge, 2013, v. 4, pp. 356-376.

‘Debates on Women’s Status as Judges and Witnesses in Post-Formative Islamic law,’ Journal of the American Oriental Society 130.1 (2010) pp. 1-21.

Domestic Violence and the Islamic Tradition: Ethics, Law, and the Muslim Discourse on Gender, by Ayesha S. Chaudhry, review in Journal of Qur’anic Studies 17.2 (2015), pp. 132-6.

Across the Religious Divide: Women, Property and Law in the Wider Mediterranean (ca. 1300-1800) to appear in Jerusalem Studies in Arabic and Islam (2011).

Reminiscences on being a student of Patricia Crone’s, entitled ‘With all Good Wishes’, al-Usur al-Wusta, November 2015.

Veiled Voices (2009), a documentary film: writer and co-producer; the film is directed and produced by Brigid Maher. Veiled Voices follows Muslim women religious leaders in the Middle East, exploring their relationship to tradition and modernity. 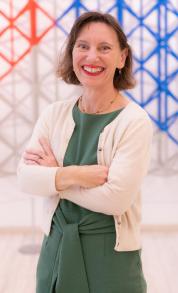